Japan had the greatest earthquake in its history, of magnitude 8.9. This triggered a tsunami that devastated the eastern and mostly northern part of Japan island. Due to the specter of possible nuclear meltdown over the nuclear power stations situated in Japan and consequently damaged during the natural calamity, Nikkei crashed very badly. The first day it crashed around 6% and today it crashed another 10%. That’s a very bad crash, bringing Nikkei below 10k mark to around 8.6k.

This is a historical moment in the financial world, so I’ll snap a shot of the crash of Nikkei. Horrific really. Stock market do not take kindly to uncertainty. Due to the tsunami and earthquake combo causing widespread damage, which is immediately followed by the overhanging of the possible nuclear meltdown, there is panic selling in Japan that spreads globally too.

Makes me wonder whether the time to buy … 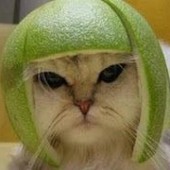 La papillion is french for butterfly. This blog chronicles my journey from an amateur in the stock market to where I am today. Have I turned into a beautiful butterfly? I don't know, but I think my metamorphosis is still on-going now :) Well, the intention to start a blog so that years down the road, I can look back and see what I've learned along the journey. But in life, things seldom go accordingly to plans - and that's a good thing! Along the way, the chatbox - a central feature of this blog - grew into a nice community of like-minded people whom I call my superfriends. Do we have superpowers? Nope, we're ordinary people in life, some struggling with work, some with school, but we choose to spend our limited life here, talking about life's inconveniences and of course, the stock market. In that sense, we're extraordinary people in our own rights.