Saw this advertisement on a new TV series by channel 5 called recession heroes. I think it would be an interesting program to watch.

From Mediacorp website:
Recession Heroes is a 6-episode docu-drama series featuring real-life stories of six individuals who had been adversely affected by recessions such as the 1997 Asian Financial Crisis, 2001 September 11 Attacks and the 2008 Lehman Brothers 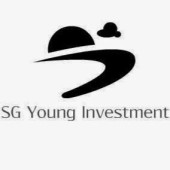 I'm in my late 20s now and living in a small island city called Singapore. I started this blog in June 2013. My background is in Engineering. Later on, I went on to pursue a degree and graduated with a Bachelor of Economics ...