Ever since Charles Ponzi strung along tens of thousands of people in his elaborate scheme involving postal reply coupons back in the 1920s, there have been numerous get-rich-quick scams in Singapore that have fleeced thousands before collapsing. We reveal three of the biggest Ponzi schemes in Singapore.

What happens when you blend a smooth-talking, self-styled legend a la Warren Buffett with a large population that chases financial success with blinkers on? You get Sunshine Empire, a cautionary tale of excess and greed, the largest Ponzi scheme in Singapore, and the perfect example of the adage “if something is too good to be true, it probably is”.

Started by James Phang in 2006, Sunshine Empire was a Ponzi scheme, masquerading as a multi-level marketing business selling tiered lifestyle packages. In a nutshell, members who bought these packages were given points that could be exchanged for returns or used … 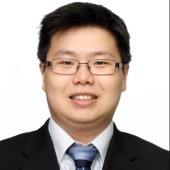