If you had watched the movie “The Big Short” which is currently airing in theatre, you would have noticed that at the end of the movie, it quickly highlighted Bespoke Trance Opportunity as the next possible bubble to be burst which will cause another financial crisis greater than what we experienced in 2008.

Some of you may have been curious about what they are about, so I’ll try to describe and put them as simple as possible in layman terms.

Bespoke Tranche Opportunity is basically a synthetic CDOs which the banks are currently selling to the world which resonates to the same underlying portfolio that crashes the financial crisis in 2008. I will not have to go further to what happened back then but if you are unsure, the movie will help to explain in a very layman way of understanding it.

As part of the bank’s financial engineering to … 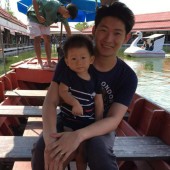