How To Achieve Financial Goals In 2017 To achieve his financial goals, he intends to both grow his income and decrease his expenses in the following ways:

As revealed in the article about his investment performance, Heartland Boy managed to outperform the STI for 2 consecutive years. However, he still failed his target of beating the STI by 10% p.a. He believes that this goal is still within his reach; he just needs to be more disciplined in implementing Adam Khoo’s strategy. By the way, the bar has … 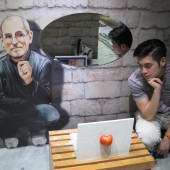 Heartland Boy is a young working adult who pretends to be competent in the real estate industry despite graduating with only a Business Management degree. Outside of work, he analyses stocks, reits and property for investment to build passive income. He is also a stickler for all things that represent value-for-money.