This is Probably Fake CPF News I saw this article that came up on my Facebook. It’s purpose looks more like to gain sympathy from us and to educate us on the problems of CPF that people are not telling us about.

Christopher Pereira was a die-hard PAP supporter. He was known for making figurines of some prominent PAP leaders in the past.

He got a shock of his life when he was told by a CPF staff that he should starting saving to top up his CPF savings. He was told he needed at least $171,000 in his retirement account to get a monthly payout of $458/mth for 28 years.

Mr Pereira felt that $458/mth is not enough to pay for his expenses. He is quite disappointed so he decide to switch to making figurines of former Secretary General of Workers Party Low Thia Kiang.

The following is what was posted: 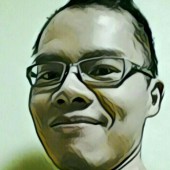