I was really excited by last year’s Temasek’s Astrea IV Bonds. In fact, since this site was created, the 2018 Astrea IV Bonds was the only investment to have ever received a full 5/5 Financial Horse Rating. That’s how much I like them.

Of course, because of their red hot popularity, everyone who applied only received a miserable S$4000 allocation, myself included.

The preliminary prospectus was just lodged on 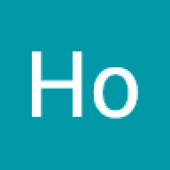