So just last night, the US Feds declared that they will be cutting the interest rates by a quarter point. You may read more about it here. However, I just wanted to point out this excerpt from the article that I found rather interesting.

Markets were also looking to Mr. Powell for more. The widely expected move from the central bank was initially greeted with a shrug in financial markets, where investors have been factoring in a rate cut for months. But the stock market turned lower after Mr. Powell began his news conference at 2:30 p.m., as investors absorbed the chair’s comments that the Fed was making a “midcycle adjustment” as a signal that the Fed was not headed toward a string of rate cuts, as investors had hoped.

What this essentially meant was that while the market expected a quarter point cut in rates, they were also hoping that 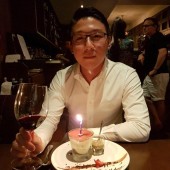