5 things I learned from the 2019 Berjaya Food AGM Berjaya Food Berhad owns Starbucks stores in Malaysia and Brunei, Kenny Rogers Roasters restaurants in Malaysia, and Jollibean stores in Singapore. It also sells canned and bottled Starbucks coffee and Joybean soy milk beverages for the retail market. In 2019, it owned a total of 407 stores.

I wondered how Berjaya Food was performing as there seems to be a Starbucks store at almost every corner of the Klang Valley. So I attended its most recent AGM to learn more.

Here are five things I learned from the 2019 Berjaya Food AGM:

1. Revenue increased 23.3% year-on-year from RM639.7 million in 2018 to RM789.0 million in 2019. The increase in revenue is due to higher contributions from Starbucks and an additional two months of operations as Berjaya Food changed its financial year end from 30 April to 30 June in order to coincide with its ultimate holding company, Berjaya 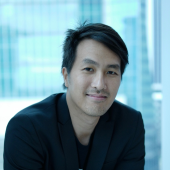