Cory Diary : Will the Music Stops ? How hard is the crash ? 60% drops ! If we include $0.13 dividends, that’s about 54% drops. That’s why is called Global Financial Crisis.The scale could be a single lifetime event. As mentioned earlier, if one could not walk out of this scenario, they probably have waited outside the market for 10 years already. That’s another GFC to oneself and it won’t be a single lifetime event.

At today CMT price of $2.60 , the optimistic yield is 4.7%. This is way surpass Year 2007 before GFC prices of yield 6.6%. If we are to judge CMT as too expensive because of Year 2007 low valuation, then we could get our logic totally wrong. 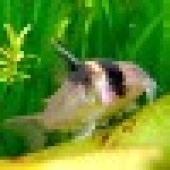