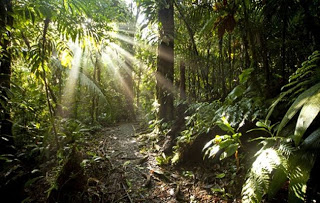 Jungle Running and Investing: Two Peas in a Pod
Alright folks. Here we all are again on another Sunday morning. And, my goodness aren’t we having fun?

October was a bumpy ride in the markets, prompting many to freak and run to the hills in the grips of an atavistic freak out: Agghhhhhhhhhhhhhhhh!

Last week I commented on this in my post Chill Out in which I asked the spooked masses to think again before they do something silly, based on emotion rather than rational analysis.

So, how has your week been? I hope you’ve had a good one.

Something I’ve never shared with you is that running is one of my great passions. In particular, trail running. I’ve only been at it for a …