Aercap (NYSE:AER) – Will History Repeat Itself?

Aercap is currently facing one of its biggest crisis ever, along with the aviation sector. Investors are pricing the company at bankruptcy as its base case.

It is interesting to note that Aercap, like a phoenix, was born out of the ashes of the largest commercial aircraft sales and leasing company which collapse as a business in the 1990s. That company an Irish company called Guinness Peat Aviation (GPA).

GPA plunged into crisis during the aviation downturn following the 1992 Gulf War. Here I would be exploring the downfall of GPA and whether there are any similarities that Aercap could be facing now.

The Rise and Fall of GPA

In the mid 1970s, Tony Ryan, then a mid-level executive from Ireland’s 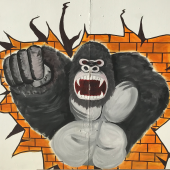 This blog is named after the world’s most indestructible creature – the moss piglet, or also known as tardigrades. These microscopic animals are even more hardier than cockroaches and will continue to thrive for billions of years. The reason why this microbeast is chosen to represent this blog is that we aim to create a resilient investment portfolio for all stages of the economic cycle.