REITs to breathe a sigh of relief

Yesterday the Monetary Authority of Singapore (MAS), Ministry of Finance (MOF) and IRAS announced new measures to provide greater flexibility for cash flow and funding for S-REITs. This was seen as positive for REITs as most REITs are flashing green at lunchtime.
Measures

Key impact on REITs
1. Greater flexibility – Before the new measures last evening, there were concerns being raised (especially amongst retail REITs) that government measures that allowed tenants to defer rents were prejudicial against landlords. Cashflow from rents would have been severely affected while obligations like loans and fixed costs would still have to be met. As tax transparency was calculated based on accounting (accrual) profit rather than actual cashflow, deferred rents would still be accounted for as revenue and REITs would have had to pay out more cash than they had collected. This would have led to a cash deficit in the short run. 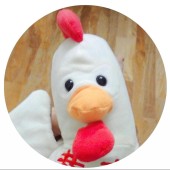