In 2018, I decided to become an air stewardess.

I had graduated earlier that year with an arts degree – and being a junior designer didn’t pay quite enough.

Especially when I had a student debt to service.

People don’t usually associate the job as one for savers, but I’ve managed to amass $58,000 after about 15 months of working.

Whether or not you’re still working as a flight attendant or are thinking of joining, this is what you need to be prepared for.

That amount of money was pretty sizeable for a fresh grad, considering an arts degree will probably get you around $3,100 in the job market.

To avoid overspending, I transferred a portion of my salary to a high yield savings account every payday so that I don’t see the money; and worked around with whatever’s left. 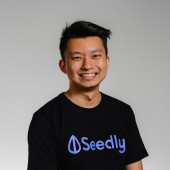