Is TSMC a good investment during this stock price jump? 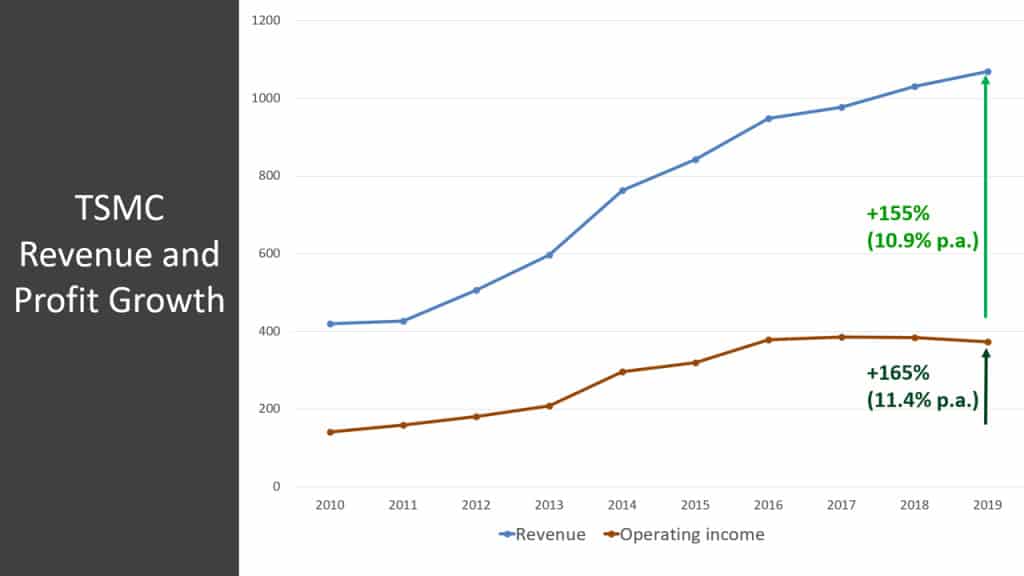 This article will tackle part 2 of the TSMC analysis, whereby we will be focusing on the Management, Financials and Valuation aspects of TSMC. Before you read on, if you are new to this analysis, you can read part 1 of the TSMC analysis to catch up with the analysis: Will TSMC Be a Semiconductor Chip Winner?

TSMC was founded by Morris Chang in 1987. He worked for Texas Instruments before starting TSMC. During those times, there were no foundries, instead there were only IDC (Integrated Device Manufacturers). These IDCs designed semiconductor chips and sold end products.

Morris Chang found out that many chip designers wanted to have their own companies but manufacturing chips was so expensive and intensive capital wise that they had no way to venture out. As such, he set up TSMC in a bid to engage companies that needed manufacturing plants for the chips that they designed.

How often have you seen family and friends suffering from financial desperation because they fail to see the threats that are blindingly obvious to you? The Grey Rhino seeks to be your friend to help you uncover the threats to your financial well-being so you can hop over potholes on your journey to financial success.