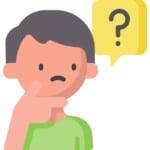 I attended my first virtual funeral three weeks ago.

It was for my friend’s mother, who passed away due to stage 4 cervical cancer.

As the family members took turns to deliver their eulogies, I couldn’t help but question my own mortality.

In fact, it has been a topic I’ve been venturing into, in my own little headspace.

It’s funny because cancer wasn’t something that I even thought about just five years ago, but has become a topic that clouds my bedtime thoughts at times.

Perhaps when I was younger, I was blissfully unaware of how prevalent cancer was.

I realised how I was being painfully naive after witnessing an old classmate being diagnosed with Stage 4 Lymphoma.

Cancer was no longer something for me to ‘only worry when I’m old’.

In recent years, I’ve also seen how it has crept into the lives of people around me