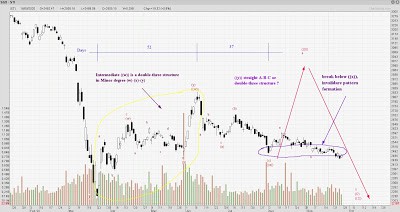 Continued from STI Analysis — the next peak and trough ? (75)

STI broke below 3rd Aug low of 2478.39 and this has practically invalidated one of the case previously analyzed.

With STI slowing trending down and even breaking below Minor wave (i) (2478.39), this further reinforces the case that STI is in Primary Wave 5.  To be exact, it is in Minor (iii) of Intermediate wave ((iii)).  As in general, wave 3 is the longest and sharpest among the wave so STI could be