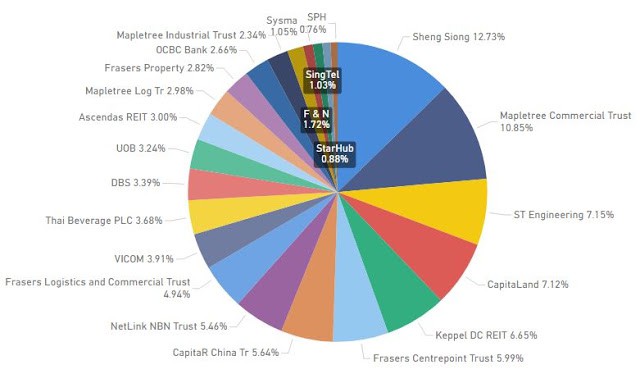 Core Stock Allocation Total Portfolio Allocation
Transaction Summary for September 2020 BOUGHT CHINA LARGE-CAP ETF, FXI BOUGHT DBS The US stock market reached the peak at the start of September and begin to sell-off until towards the end of the month. The market ended the month with a slight rebound. STI pretty much followed the movement of the US stock markets in September, but it has been on a downtrend since June. Unlike the US markets, it did not follow the rally in previous months.
In September, I added and a China ETF for my satellite portfolio after the sell-off in the markets. I also accumulated DBS bank, as the bank was named in the involvement of suspicious transaction activities that caused further downward pressure on the price.

A blog to share and track the progress of building my investment portfolio. "Picking stock is tactical; Structuring portfolio is strategic"