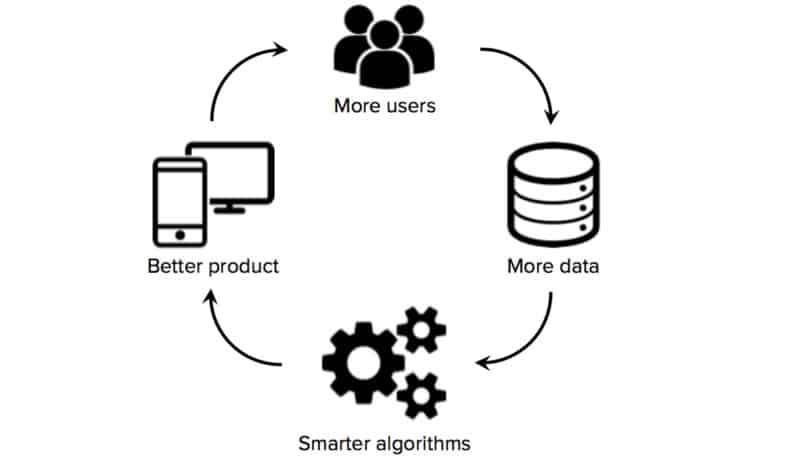 The liquidity and Network Flywheel effect is key to unlock business growth and expansion. This post was originally posted here. The writer, Brian Halim is a veteran community member and blogger on InvestingNote, with a username known as @3Fs and has 2259 followers. One of the most important elements of a tech platform business model is the ability to create multiple expansion network effects, using the Network Flywheel concept. A network effect is often described in economics and businesses as one of the key pillars of success as it depicts a contagion behavior of one additional usage of products or services that will have on the next users. This creates a long-lasting effect and an increasing value of a customer’s lifetime value, which is one of the key unit economic metrics for a business. The Internet is clearly the easiest example of the network effect, where everything in our daily