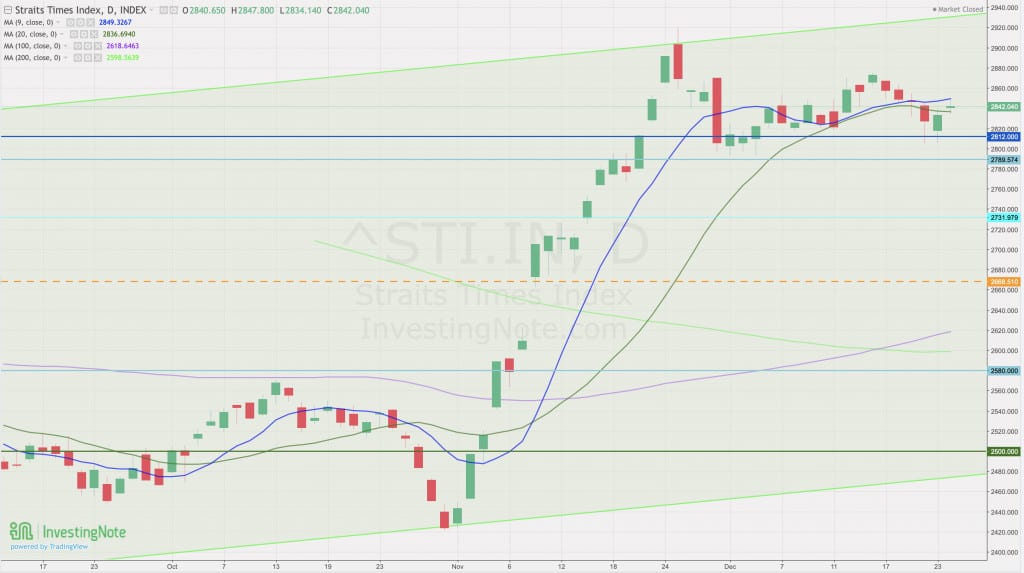 After agreeing on the supposed last relief package in the US, Trump decides to delay the signing of the bill and make history again. The interesting is that the economy was not as fragile as I thought as it did not retrace in any significant way throughout the week. In Singapore, our index was also consolidating sideways for the past few weeks signaling another round of consolidation instead of moving either direction. Since it is going to be a short week again before the end of the year, we should not be expecting major reactions in the coming week. At this week’s closing, we saw a slight optimism on the STI which is common before the end of year holidays.

STI gapped up slightly on Thursday morning and showed some optimism before closing between the 9 and 20 days moving average.