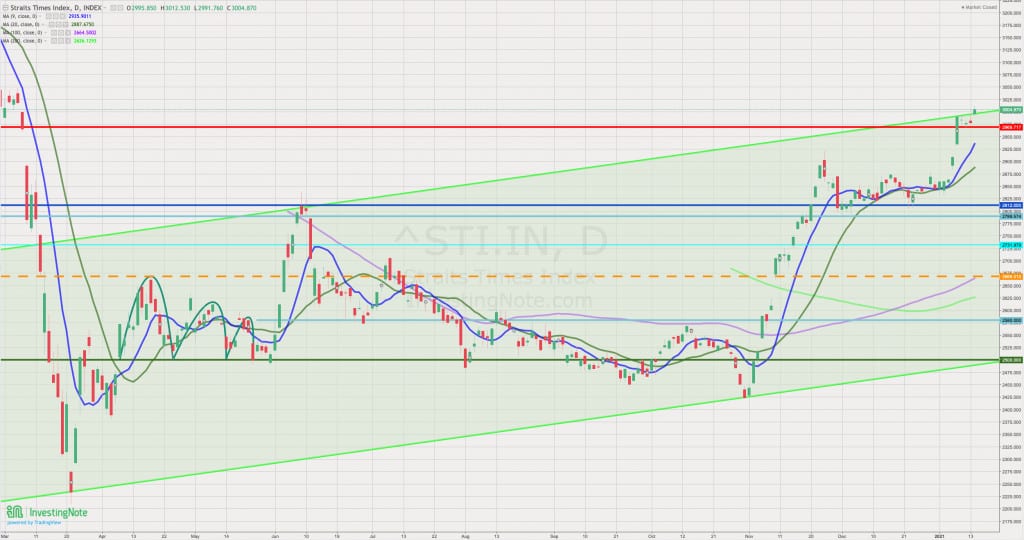 Expect some selling in the coming week as Biden takes office STI has been on the rise steadily due to Singapore’s control over the virus so far and the resurrection of the domestic market. That said, we are still expecting some level of volatility in the near term now that there is a change in the US president. Our Straits Times Index has also timed itself well to climb until the supposed upper limit of the parallel channel. In the coming week, Biden will be raising his new build-back-better plan to Congress. Hence, there will be another round of debates and voting before it can come to fruition. In the meantime, investors will likely anticipate an increase in corporate tax for US firms and that could very well lead to a wave of selling as investors quickly take profit since last Friday. Since STI has also just hit 3000, it