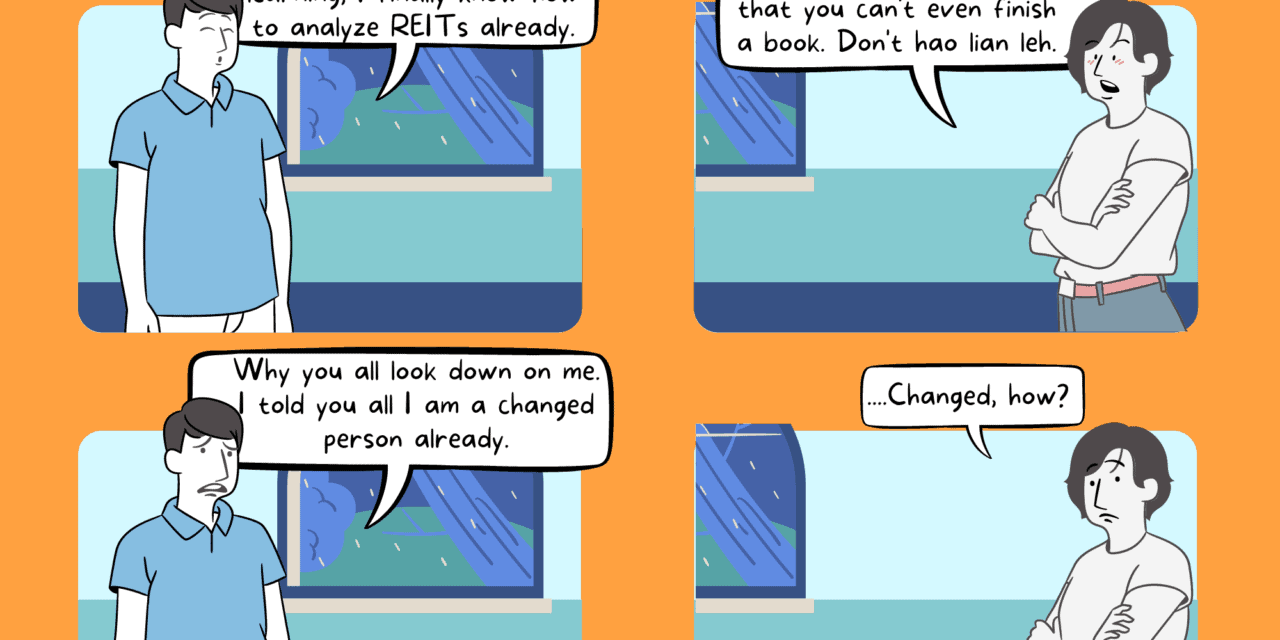 Today, the comic strip topic is about uncommon metrics of REITs, in whic besides income support, I have rarely seen others bring up. This comic strip is based on the Uncommon Financial Metrics of REITs and Case Studies for SREITs with Capital Distribution from Disposal post which I have posted in 2019 and 2020 respectively.