OTS Holdings IPO: What Investors Should Know About This Food Manufacturer’s Listing 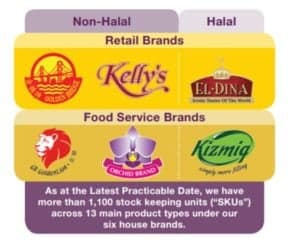 OTS Holdings, the owner of heritage brand “Golden Bridge”, is set to go public in the Singapore stock market.

According to the company, one of its earliest hit products is the XO Special Lean Wax Sausages, and till today, it remains one of its iconic products.

Apart from the Golden Bridge brand, the company owns five other brands under its umbrella. So with that, let’s find out more about OTS Holdings initial public offering (IPO) and its valuation.

Here are some key highlights about the OTS Holdings IPO: