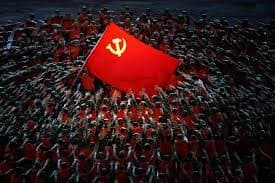 China crackdown on Tech and Education sectors have seen major corrections. Investors who are Pro Chinese economy suffered the most if they are vested in share of this Chinese companies. Wonder who’s next on the list ?

To give a glimpse how deep it is.

On the positive aspect, the price only slipped back to mid of last year which compared to Education Sector basically close to being annihilated over 5 months. Not going into why they are doing this but certainly CCP does a better job that Trump couldn’t for his entire term.