Which is the BEST Child Development Account (CDA) to Open? (2021 Update) 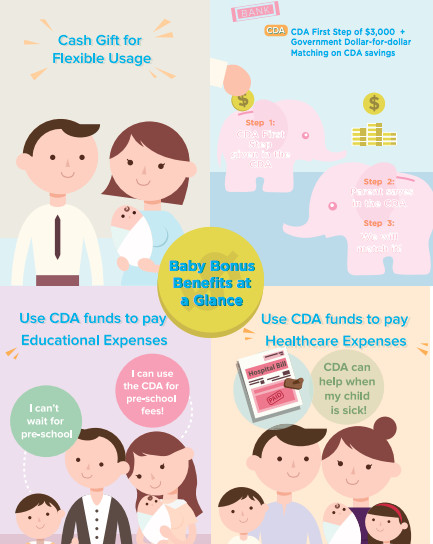 It has been 3 years since my last article on Baby Bonus benefits and a comparison of which Child Development Account (CDA) was best to go with. Now that I’m pregnant with our second child, I realized that there has been several changes – some good, some bad. While this post is an update on CDA, you may also want to read this post for the latest changes on how much baby bonus (and other monetary incentives) you can get from the government if you’re now pregnant or giving birth this year.

Back in 2018, we opened Nate’s account with POSB Smiley CDA because we felt it was the best among the 3 local banks as it:

Budget Babe is an ordinary lady striving to achieve financial freedom in Singapore before the age of 45. She is always looking for cost-effective ways to live a fulfilling life in amidst Singapore's rising costs, and writes in order to empower fellow Singaporeans on taking charge of their own lives and finances. The final goal is to eventually break free from the competitive rat race. Will I meet you there? ...