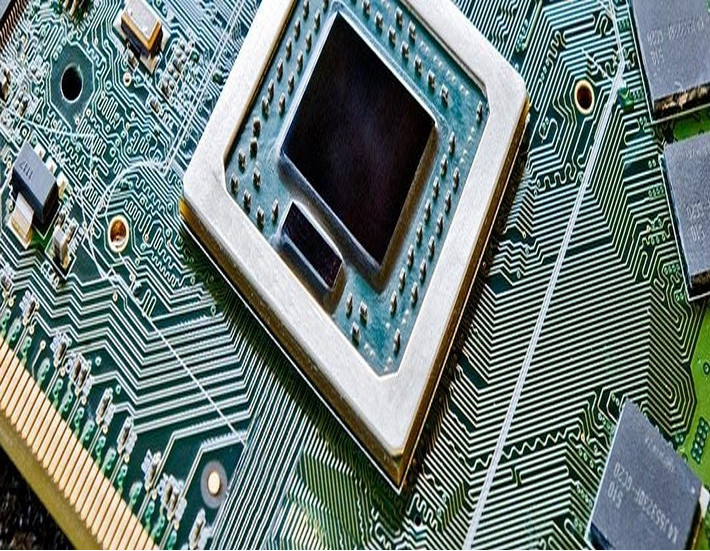 The article first appeared on Investor-One on 6 September 2021. Click here for more of such articles.

With the ongoing COVID-19 pandemic, there has been a wave in the adoption and development of new technologies in this new norm. This resulted not only in an increase in demand, but also a shortage of semiconductors and technology related products.

Despite the boom in the semiconductor industry, here is one company which has been under the radar for a long period of time – Sunright Limited (SGX: S71).

The company is trading at the price of $0.480 at the time of writing.

Sunright Limited (“Sunright”) is the world’s largest independent provider of burn-in and test services, and a leading manufacturer of parallel test and burn-in systems. Sunright operates in a US$400 billion industry and serves the leading semiconductor manufacturers in the world.

It has facilities in Singapore, Taiwan, Philippines, China, and the United States. Its associate company, KESM Industries Berhad, listed on the Bursa in 1994, engages in providing “burn-in and testing” services as well as Electronic Manufacturing Services (EMS). Together, it has a workforce of more than 2,000 employees.

The terms used in semi-conductor industry might be unfamiliar to most of us so here’s a quick explanation on what exactly is Burn-in & Test?

Burn-in is a semiconductor manufacturing process used to weed out potentially weak devices. The reliability of such components is critical to the performance of the finished products, such as cars, computers, phones, etc.

After burn-in, a semiconductor device is tested to determine if it operates as intended. At the same time, the device is graded for its quality by testing the electrical characteristics and determining if it is operating within specified limits and functions.

Overall, both processes are critical within the production process of semiconductors.

Beyond the company’s production capabilities, this stock warrants a second look for investors, and we will unveil them layer by layer.

Despite the lower revenue, net profit attributable to Owners of the Company surged by more than 400% year-on-year to S$1.28 million. This can be seen from the lower employee benefits expense and depreciation of property, plant, and equipment.

In terms of outlook, Mr. Lim highlighted, “The on-going remote working environment and distance learning drove demands for personal computers, laptops, tablets, as a result of the global COVID pandemic.”

“We are seeing a continuing flow in demands from 5G, A.I. and iCloud markets. With the coronavirus pandemic in better control as vaccination programs are rolling out, our products and services should benefit under more stable market conditions.”

Interest alignment with investors and management

The single largest shareholder for Sunright is Mr. Samuel Lim Syn Soo, holding a 54.93% stake. As the co-founder of the company, he currently also holds the position of Executive Chairman & Chief Executive Officer.

With his strong background of 45 years in the semiconductor industry, coupled with his stake in the company, investors can be assured that he has the capabilities, knowledge, and interest to ensure that the company is well positioned for growth.

Net Cash Position Across the Years

Sunright has been in a net cash position over the years. Even so, its total debt to equity has been generally on a declining trend to just 0.17 times in FY2020. This is a good sign as it proves that Sunright is not heavily leveraged.

To further expand our dive into its financial health, Sunright’s liquidity ratios reflects that the company is financially stable, given the high current ratio and in particular, cash ratio. The ratio for FY2020 stood at 1.40 times, which indicates that its cash on hand exceeds its total current liabilities.

To give a sense of comparison, Avi-Tech Electronics Limited (SGX: BKY), the closest competitor of Sunright, is trading at S$0.39, with a cash ratio of 2.58 times and current ratio of 7.65 times.

Quick Analysis on the Implied Value of Sunright 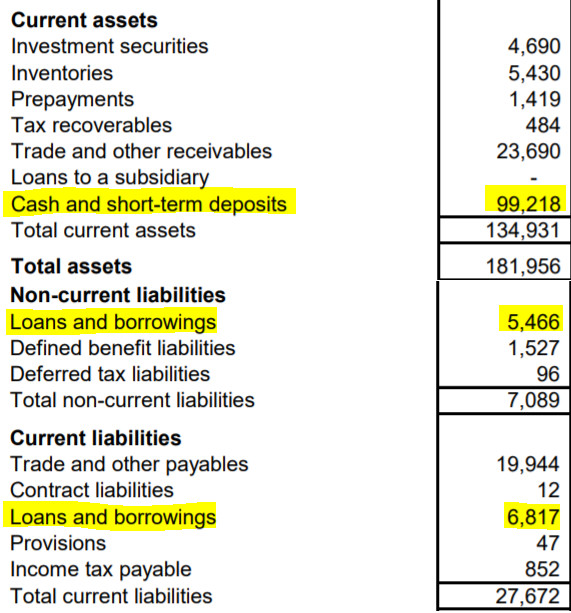 Based on the latest figure for 1H FY2021, Sunright has S$99.21 million worth of cash and short-term deposits in its balance sheet. If we offset its total loan and borrowings, its net cash amount would be S$86.93 million.

This amount alone is significantly higher than its current market capitalisation of S$55.87 million and it implies that investors are investing in the company at a discount to its net cash amount on hand, and its business operations for free.

Based on the current market price, its stake is worth around RM250.73 million (S$80.70 million) and this amount exceeds the entire market value of Sunright.

KESM is the largest independent provider of burn-in, testing and electronic manufacturing services in Malaysia.

If we add up its net cash amount, the stake in KESM and assuming its business at zero value, the implied value of Sunright should be around S$1.36. 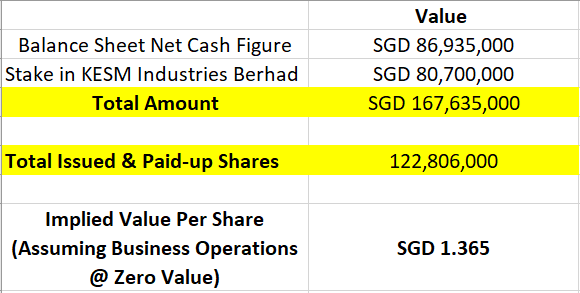 According to a report by Transparency Market Research, the market size for the global wafer-level test and burn-in (“WLTBI”) market is estimated to exceed US$5.6 billion by 2031, expanding at a compound annual growth rate (“CAGR”) of around 4%.

The growth in the WLTBI market can be attributed to the increasing usage of semiconductors in both Automotive and Telecom sectors:

Overall, these factors will help to boost the WLTBI market size in the long run.

Comparing with Sunright’s FY2020 revenue of just S$110.62 million, this presents a huge growth opportunity for Sunright to capture market share in the WLTBI market.

Sunright – The gem waiting to be discovered

With its current share price trading below its implied value, this shows that the market is giving a huge discount for Sunright.

The strong net cash position and the company’s stake in KESM alone should warrant its share price to trade at a higher valuation.

More importantly, Sunright’s business operations are churning out positive profit as mentioned above, and therefore its business should be worth a certain value.