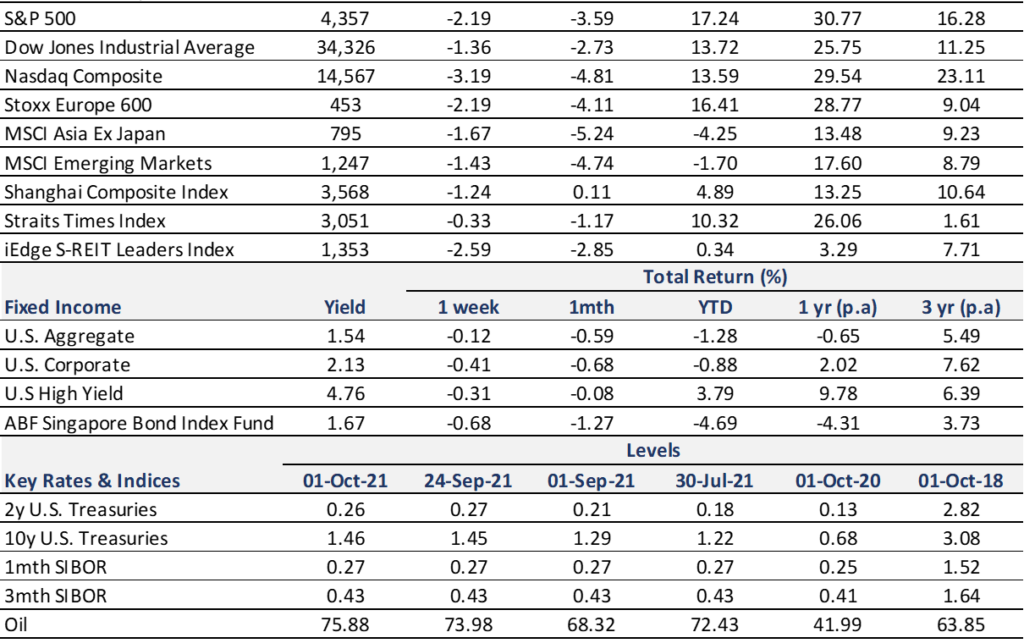 The House Democrats delayed voting on the administration’s $1.2 trillion infrastructure program on Thursday, the second time they have delayed a scheduled vote on the legislation. The bill faced opposition from progressive Democrats who do not want to vote for it until the Senate has passed the broader social policy bill worth $3.5 trillion while moderate Democrats wanted to sharply reduce the spending plan, resulting in a week-long of intra-party drama in the House. The infrastructure bill would fund improvements to roads, bridges, ports and expanded broadband internet access.

Meanwhile, U.S President Joe Biden signed a nine-week stopgap funding bill to avert a government shutdown. The legislation was hastily passed at the last minute before the 1st  October deadline as a shutdown would trigger furloughs for hundreds of thousands of federal workers. Democrats had initially sought to attach a suspension of the debt ceiling to the funding