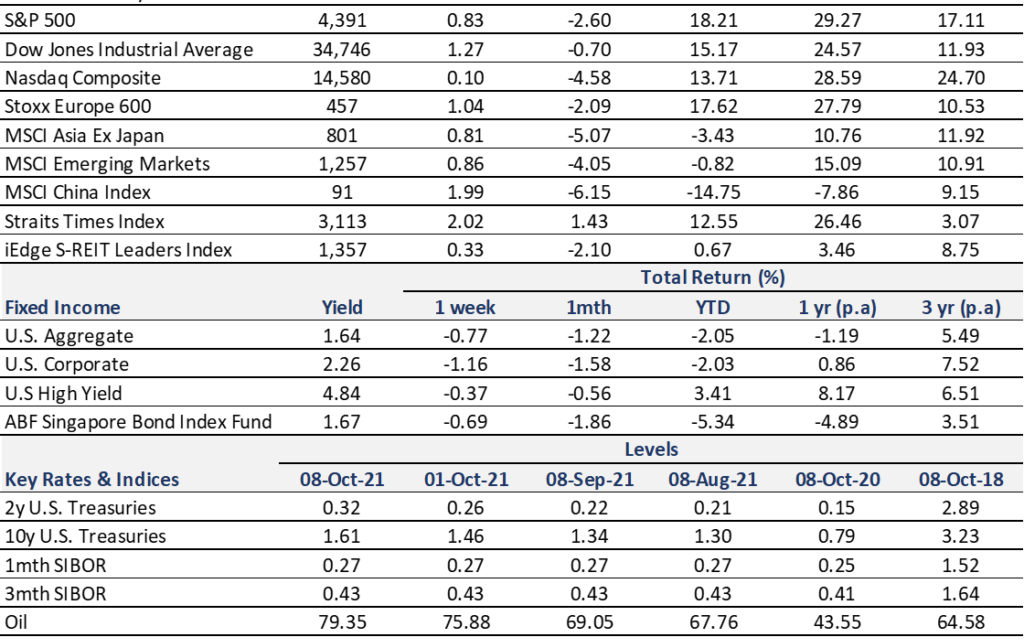 Thought Of The Week Debt Ceiling Raised, September Jobs Report Major U.S. stock indexes rose this after lawmakers agreed on a short-term debt-limit extension, potentially putting off a government default standoff for a couple of months. The proposal of raising the debt ceiling to tide the Treasury department until Dec. 3 meant kicking the can down the road and we may be back to the next debt ceiling crisis six weeks later. For now, it removed one of the tail risks that were weighing on stocks in recent weeks. Meanwhile, U.S job growth fell to the slowest pace of the year in September due to the Delta variant and a persistent shortage of worker. The economy created 194,000 jobs in September, the smallest gain since December 2020 and down from 366,000 jobs added in August. Many workers gave up the job search and exited from the labour force last