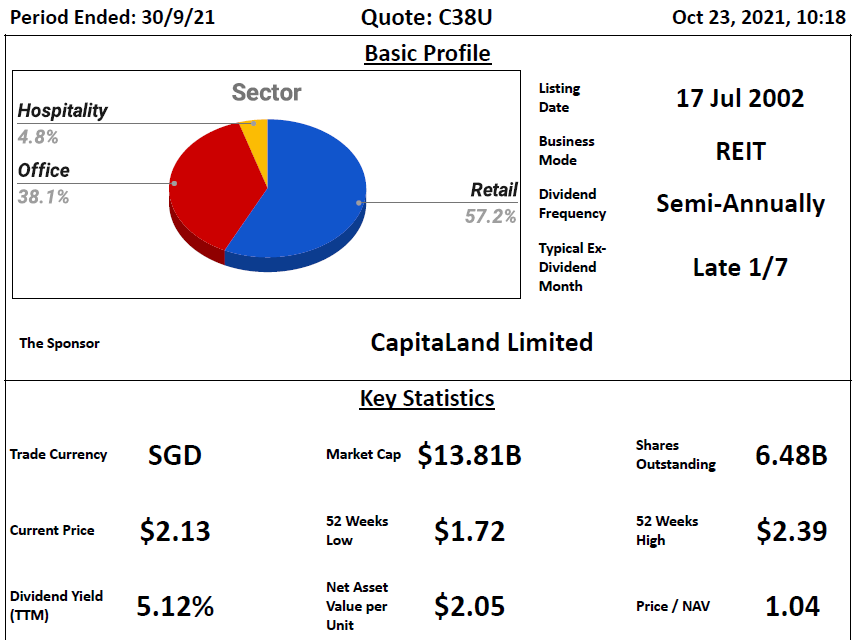 The overall gross revenue and NPI have increased due to the merger with CapitaLand Commercial Trust in October 2021. Retail asset performance has also improved YoY. However, there is no apple to apple comparison for the office and integrated development performance.

AEI for Lot One is completed where the cinema was opened on 24 September and library would be opened on 28 October. AEI for Six Battery Road is on track to complete by this year end. The newly announced AEI of Raffle City Singapore is expected to complete by 4Q 2022.