10 things I learned from the 2021 CapitaLand AGM 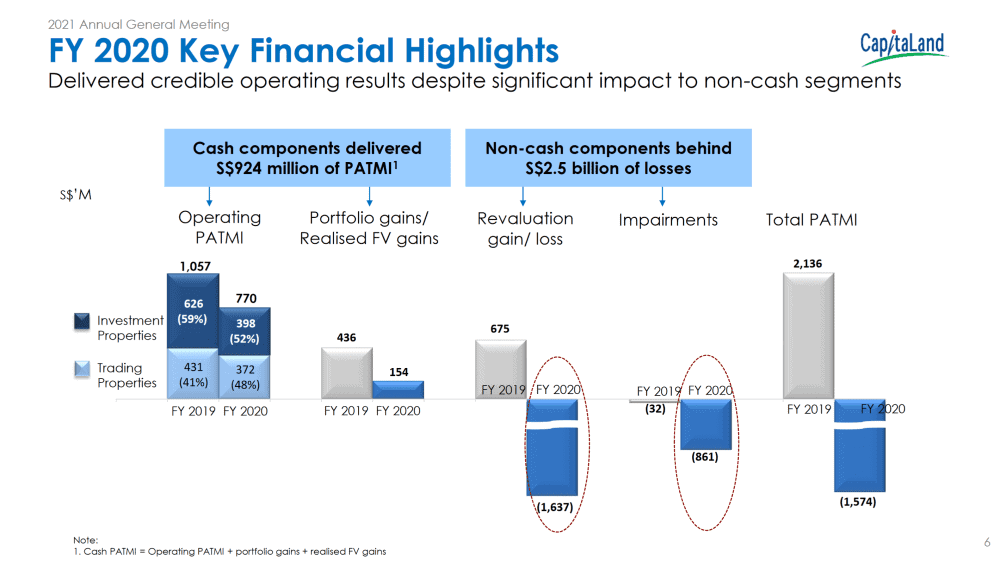 CapitaLand Limited is one of Asia’s largest diversified real estate groups, owning and managing a global portfolio worth about S$132.5 billion (as at 31 December 2020).  CapitaLand’s portfolio spans across real estate classes which include commercial, retail, business parks, industrial and logistics, integrated development, urban development, as well as lodging and residential.

During the 2021 AGM, CEO Lee Chee Koon reviewed the Group’s financial and operating performance, ongoing transformation efforts, and addressed CapitaLand’s proposed restructuring via a prerecorded video. A live question and answer webchat was also conducted, with the chairman and CEO answering related questions to proposed resolutions.

At the AGM it was also announced that Chairman Ng Kee Choe would be retiring at the end of the AGM after serving for more than a decade on CapitaLand’s board; Miguel Ko was introduced as the incoming chairman.

1. CapitaLand reported a net loss of S$1.6 billion for FY2020, largely attributed to S$2.5B worth of non-cash fair value and impairment losses.