Fiscal year ends on June. Despite the fluctuations in dividend distribution, the yield still stands impressively at about 10%, at current price level (0.215).

Total revenue is increasing y-o-y and net income is seeing improvements which is definitely a good sign! The obvious extremely high levels of Net Income in 2013 was explained in Hafary’s 2014 Annual Report.

From this, we can see that revenue … 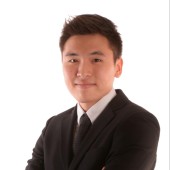 My Route To Financial Freedom

Aloysius Lee, co-founder, is currently pursuing a degree in Business at Nanyang Technological University (NTU) and is the President of Investment Interactive Club 17/18. He graduated from Singapore Polytechnic (SP) with a Diploma in Banking and Financial Services. During his course of study, he was awarded the SB Business School Achiever Award, UOB Kay Hian Scholarship and Phillip Futures Prize ...