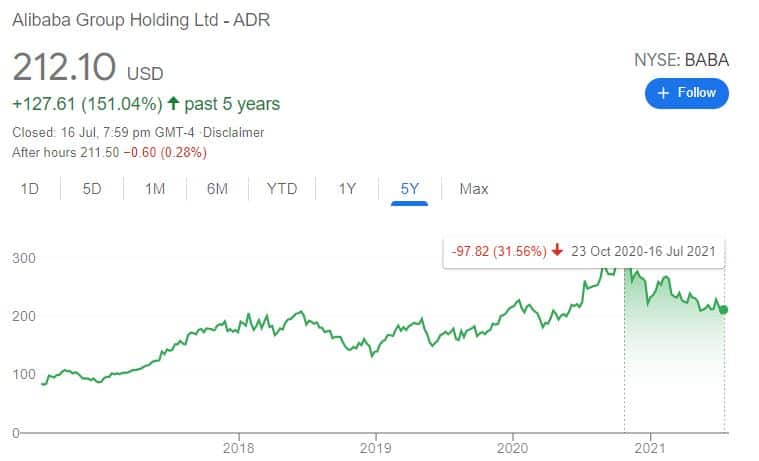 Alibaba is a Chinese e-commerce company. Over recent years, it has also been building its capability in cloud computing and the fintech space, with the most prominent one being Ant Group.

Alibaba’s stock price has risen steadily since its first public offering, thanks to its increasing revenue and promising future prospects.

However, things changed in October 2020, when the government cracked down on these Chinese tech behemoths.

Alibaba was hit with a slew of penalties and warnings as a result of the Chinese government’s crackdown. Ant Financial was forced to restructure, and Alibaba received a record $2.8 billion fine from antitrust authorities in April.

Since then, Alibaba’s stock price has fallen by more than 30% and has yet to recover:

Investors must be regretting right now because not only has Alibaba’s share price dropped, but its peers have outperformed it.