There was happy news for about 30% of our workforce on Thursday as the Public Service Division announced that civil servants will get a year-end Annual Variable Component (AVC) of 1.1 months. This was significantly higher than the previous year’s bonus (0.7months) and the mood in office on Friday was already approaching celebratory even though there was still more than a month to go before Christmas.

Since I am employed by the public sector, I am a beneficiary too. And to be honest, this amount was slightly higher than what I had anticipated. Because of this, I also made some interesting observations of our behaviour during these past few days:

Together with the mid-year bonus payout of 0.4 months, I will be getting a total of 1.5 months of AVC this year. If we include the Non-Pensionable Annual Allowance (NPAA) also known as the … 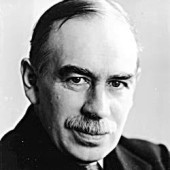 Hi, I am Thomas (a.k.a. Mr 15HWW) and I am in my early thirties. Very happily married (very strong emphasis here), I am the co-writer behind this blog. The other permanent writer is my wife Jasmine who has written two blog post so far (good luck searching for it here). But well, her contribution goes far and deep since she thinks she is actually the mastermind behind the rest of the other post ...