As mentioned previously in my post (PT Enso Asia beaten Boustead to win Indonesia Energy Asset), Boustead tries to acquire an Indonesia Energy Asset. One reason for acquisition is to shift into upstream ownership, production and potential development of natural gas. I decided to further research on this. What is meant by Upstream, Midstream and Downstream?

Oil and Gas companies can be classified into the following three main sectors.

Upstream companies deal with exploration and production of oil. They are the most profitable but also the most risky and capital intensive. Some examples of upstream oil and gas companies are KrisEnergy, Linc Energy, Rex International, Interra Resources Limited, Loyz Energy, Mirach, Ramba Energy and RH PetroGas.

Midstream companies deal with transportation of oil and gas from the field to refineries that process crude oil into petroleum products. They also own storage terminals that hold natural gas and oil until they are … 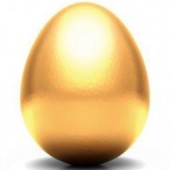 I am a working salaried professional in my mid 30s. Just like most Singaporeans, I worked long office working hours, often trying very hard to find some work life balance. The Sweet Retirement Blog was created to share my journey towards achieving a comfortable retirement life. I believe we cannot simply rely solely on our Central Provident Fund savings when reaching old age. Neither can we rely solely on our bank savings as we all know the interest rates cannot beat inflation.