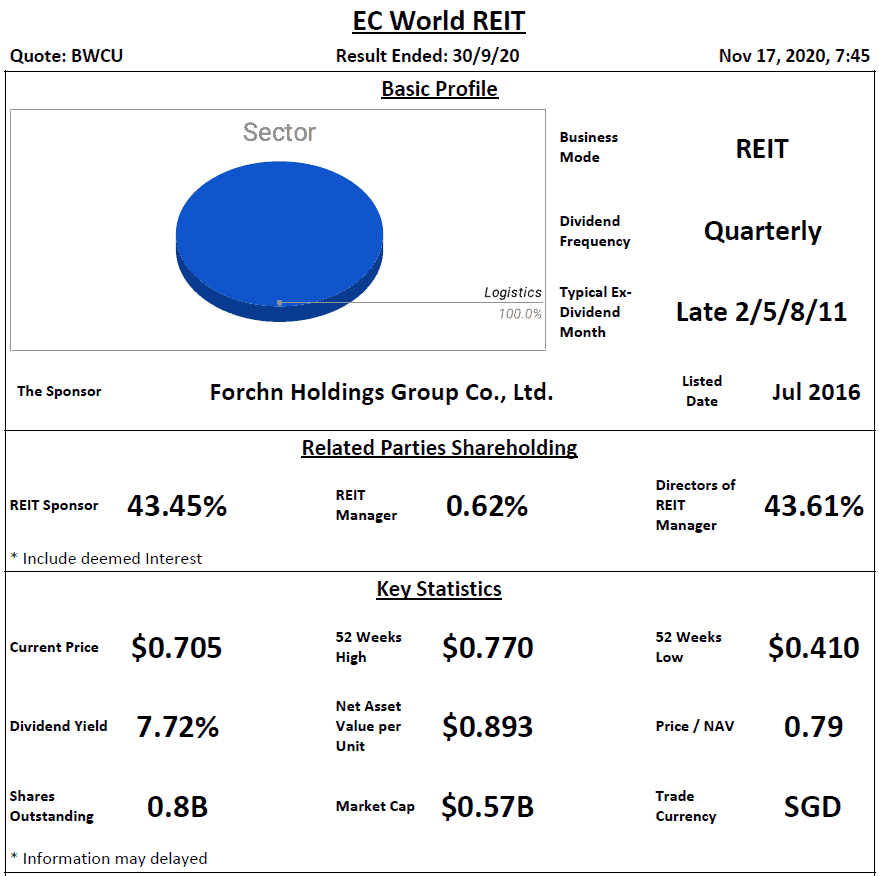 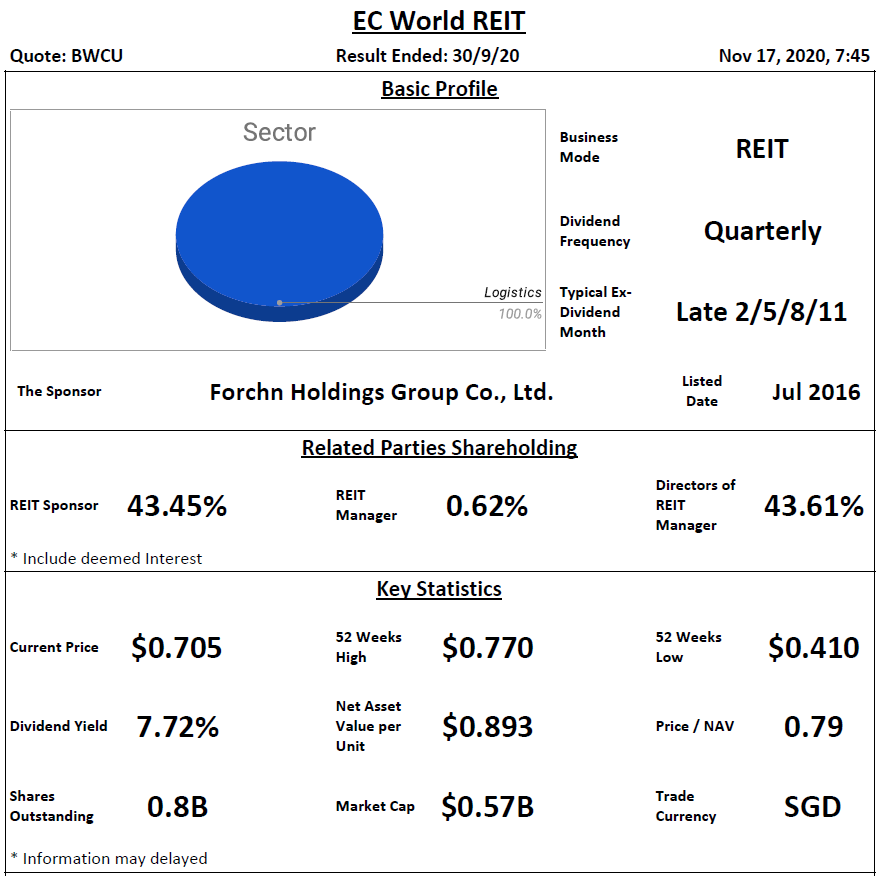 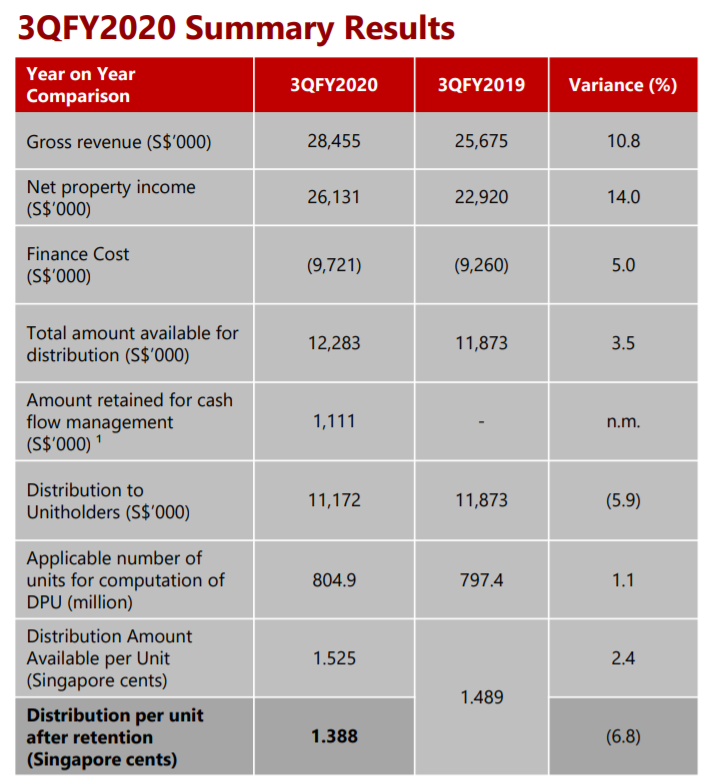 Gross revenue and NPI increased YoY by 10.8% and 14% respectively, mainly due to contribution from Fuzhou Ecommerce which was acquired in August 2019. Distributable income and DPU increased YoY by 3.5% and 2.4% respectively. ECW has retained 9% of 3Q distributable income at S$ 1.111 million. Including retention from 2Q at S$ 1.234 million and 1Q at 0.49 million, total retention is S$ 2,835 million, which is equivalent to 0.352 cent.

Occupancy is slightly high at 96.7%, if includes the new lease at Wuhan Meiluote, occupancy would be high at 99%. WALE is short at 3.3 years where the highest lease expiry of 74.4% falls in 2024 and beyond. Out of this, 73.9% is from master leases of Fu Heng Warehouse, Stage 1 Bei Gan, Fuzhou E-Commerce, and Chongxian Port Investment, which leases would be expired in 2024. Weighted average land lease expiry is short at 34.74 years.